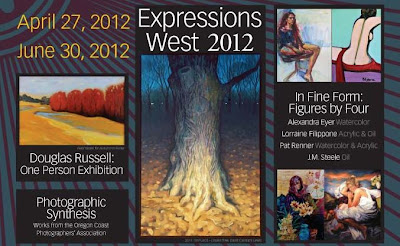 I'm very excited to be having a Figure show with my 3 fellow artists, In Fine Form: Figures by Four, during the opening of Expressions West 2012.   The opening was well attended. 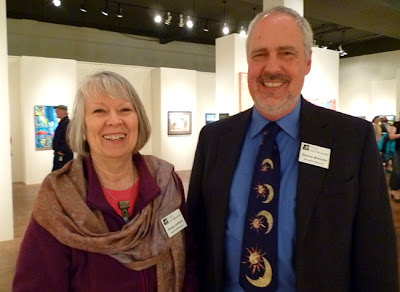 In attendance, Susan Lehman, (who helped spearhead our show) and Steven Broocks, the Museum Director. 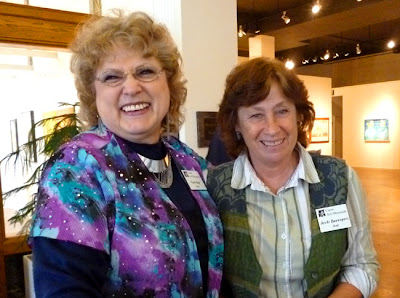 Along with friends and Museum assistants Carla, and Archi Davenport, Administrative Assistant.
My good friend and fellow painter Tammy Delaney received an award that night in the Expressions West Show. 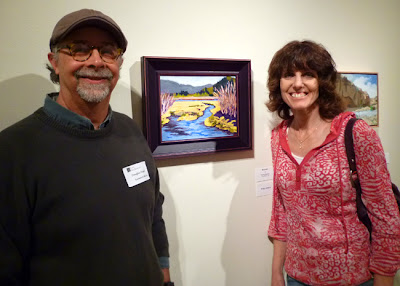 Tammy Delaney received the Entry of Merit award for her Oil landscape "Meander", standing with the Judge Dougas Russell.
And my fellow figure painter Alexandra Eyer was also in the Expressions West show. 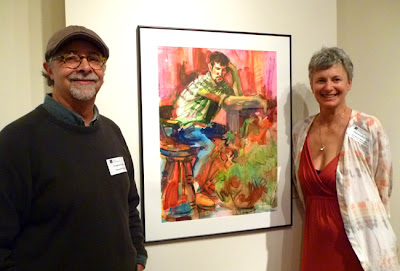 JM Steele
WELCOME to my Blog. I'm a Representational Oil Painter living on the southern Oregon coast. It is truly an artist's paradise living here and deeply inspires my paintings. I hope you enjoy viewing my work. Thank you for dropping by! To view my website go to: www.jmsteele.com To contact me: Email: jmsteele1@charter.net Phone: 541-247-0734